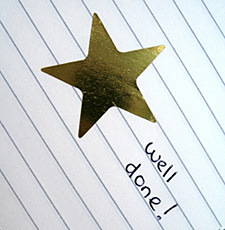 I was producing two events with Wayne Dyer back-to-back over the course of a weekend. He spoke in Atlanta on Saturday afternoon, and then the whole crew of us flew to Detroit where he was to speak again on Sunday afternoon. By 10pm, we were all settled into our hotel rooms in Detroit. Then my phone rang. It was Wayne, and he was in a panic. It was his briefcase, he told me. He couldn’t find it, and he was sure he’d left it somewhere en route from Atlanta. Everything was in that briefcase, he told me. Notes and books for his lecture, notes for the next book he was writing, money, and more. He couldn’t even think about getting on stage the next day without it.

At that point in my life, I was still chasing all the gold stars. Still seeking all my validation externally, which I received primarily through my work as the Event Director at Hay House, which is where I received the most love and accolades. I aimed for perfection, and generally achieved it. This situation was no different.

I was going to figure out where that briefcase was if it killed me.

I thought back. Wayne only used his briefcase at the actual events. We’d literally left the stage in Atlanta and gotten into a van en route to the airport, so he’d had his briefcase then. I had a hunch it was still in that vehicle. I called the car company and was told that the van wouldn’t be back to the lot for another hour.

No problem, I told them. I’d wait and call back.

I called an hour later the van was back, but the news wasn’t good. The dispatcher told me he’d checked and the briefcase wasn’t there. I begged him to go back out and look again. It was dark out, I figured; maybe he’d just missed it. I sat on hold, praying it was hiding under a seat. Lo and behold, I was right! The dispatcher came back and told me he had the briefcase in hand.

It was now close to midnight. Wayne called me again, and I told him I’d located the briefcase and was working on getting it to Detroit. I told him he should go to bed and not worry. He was relieved and appreciative, but still anxious—he didn’t know how he was going to get on stage without his notes and books.

I asked the car company if they would put an employee on a plane first thing in the morning to deliver the briefcase. No suck luck; traveling with someone else’s bag had become illegal after 9/11. I called FedEx, UPS, DHL and every other carrier I could find in the phone book, but it was a weekend everyone was off the clock. I called airlines to ask about freight and cargo shipments; once again it was a no-go because it was Saturday night. I called my travel agent, Andrea, who was on California time. But even putting our heads together we couldn’t come up with a solution to get the briefcase from Atlanta to Detroit by 2pm when Wayne was supposed to walk on stage.

I had a reputation for achieving the impossible. I had set my own bar so high that even though it was the wee hours of the morning and I could see no resolution, failure was still not an option.

I had left messages for some seemingly back-alley messenger services, and tried to watch TV until they called back. But at a certain point I just couldn’t sit there doing nothing any longer. At 4am I got dressed, walked downstairs, and asked the bellman to get me a taxi.

In the back seat, on my laptop, I bought a round round-trip ticket to Atlanta. I sent emails to my staff with instructions for setting up at the venue and getting it all going with without me. We were expecting 2,000 people and I wouldn’t get there until about 30 minutes before showtime, but I couldn’t care.

Based on my experiences that day, I do believe that Detroit and Atlanta are the biggest airports in the whole world. I had to go through security, get to my departure gate in Detroit, fly, go out to Baggage Claim in Atlanta where a guy from the car company was waiting for me, retrieve the briefcase, go back through security—where they questioned and groped me because I had only just arrived in Atlanta minutes before and was only traveling with a briefcase—get to my departure gate, fly again, get out of the Detroit airport, get into a taxi and get to the event venue.

Sitting in my seat, on the runway on my way back to Detroit, I called Wayne.

“Hi. I’ve got your briefcase.”

“You’ll have your briefcase before you go on stage.”

“Nancy, did you do something crazy?’

“Wayne, just go to your Bikram Yoga class and I’ll see you soon.”

We have a little ritual when I introduce Wayne on stage. The last thing I say is, “I know he needs no introduction, but please welcome to the stage one of my most favorite men in the world—Wayne Dyer.” He comes on, the crowd goes wild, he gives me a hug, and I whisper “Have fun!” in his ear. But that day he held onto me so I couldn’t walk offstage. He turned and told the audience the whole story. How I had gone above and beyond the call of duty, stayed up all night, flown to Atlanta and back to retrieve the briefcase he left there. He explained that there was nothing I wouldn’t do, at any cost, to make whatever needed to happen happen. He even shared what had happened a few minutes earlier, when I had returned the briefcase to him.

I had gotten to the venue just a few minutes before Wayne’s car pulled up. As he stepped out of the car, with throngs of fans surrounding us, I smiled and extended my arm with briefcase in hand. Jokingly, he put up his hand as if to dismiss the offer. “Oh, I don’t need that!” he said.

And then, without missing a beat, in front of all those people, I flipped off the father of motivation.

And now, 6 years later, I have reconciled with resolving internally what I had been seeking externally. I am beginning to believe that I am loved for who I am, not for what I do. And I have finally stopped chasing all the gold stars since I know that no amount will ever be enough. While, most importantly during this process, I have discovered that I am.

I’d love to hear from you…please share your story of chasing gold stars and/or knowing that you are enough! 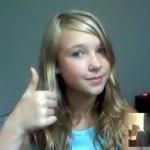 In a disturbing new trend thousands of girls as young as 11 and 12-years old are posting videos on YouTube asking the question, “Am I pretty?” This public call for validation shows a dangerous lack of self-worth and an unhealthy focus on outer beauty at an early age.

Am I pretty? The answer is YES!

As a Celebrity Makeup Artist and Life Coach I have been working with people for years to build their ‘beauty’ from the inside out. Usually though the questions of; “Am I pretty?” “Am I good enough?” or “Am I worthy?” don’t really start to weigh on us until life as taken its toll a little bit more. Seeing such a display of low self-esteem at such a young age though really troubles me so I feel strongly that this is a topic that needs addressing.

Whether it is the images in the media, social networking, or increased peer pressure, people, especially teen girls, are feeling pushed to look and act a certain way. One of the things they don’t understand is that in trying to find acceptance online they are opening themselves up to even more negative influence. The relative anonymity of the internet creates a breeding ground for hostility and hate resulting in wave of hurtful responses to their videos. Not to mention the fact that online predators are constantly lurking, typically preying on girls in this exact age range.”

To remedy this I suggest a variety of solutions.

– Monitor your child’s internet usage! The web is just that, a dangerous place for those that get caught up in it. There are just as many physical and emotional hazards to be found in the virtual world as there is in the real world.

– Talk to your kids about their ‘beauty’. Have your child create a list of their most beautiful qualities; their values, dreams, and maybe even throw in some physical attributes they love as well. By working to build a foundation for what makes them uniquely beautiful you create a source for real and lasting self-worth.

– Model strong self-esteem yourself. Even with all of the other sources of information your kids have access to you are still their biggest influence. By relating to them your self-worth you are instilling that same value in your kids.

Most important is have as open a line of communication with your kids as possible. And when the question “Am I pretty” is ever asked by you or them, the answer is always “Yes!” 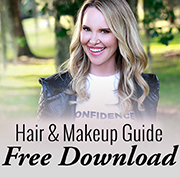 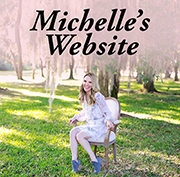 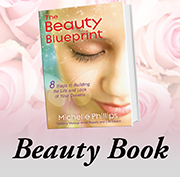 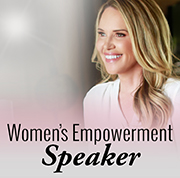